While this course is focused on the rehab and release of native bobcats, it could apply to many other carnivores.

WARNING! GRAPHIC IMAGES OF INJURIES AND PREDATION! This presentation has been given by Jamie Veronica, the President of Big Cat Rescue, at many Volunteer meetings and lectures and can now be shared more widely with those who seek to help save bobcats by rehabbing them for life in the wild.

While we do bobcat rescue, rehab and release in Florida, we will not relocate bobcats as state law requires that they be released very near where they were captured. They must be released on at least 40 acres and we must get written permission from the owner of the property. They may not be released into state owned parks (strangely) but rather must be released on privately owned land with the land owner’s consent. State laws vary.

Big Cat Rescue has decades of experience rehabbing and releasing bobcats back to the wild where they belong. We provide huge, naturalistic enclosures where these cats can learn or perfect their hunting skills before being released back to the wild. We have trained staff who are experts at capturing an injured bobcat or hand rearing orphaned bobcats until a surrogate can be found.

We go to great lengths to keep these wild cats from imprinting on humans and monitor their care via surveillance cameras to make sure they are thriving. When they are healed, or old enough for release (about 18 months of age) we find the best habitat possible for sustaining them and set them free to live out the life that nature intended. 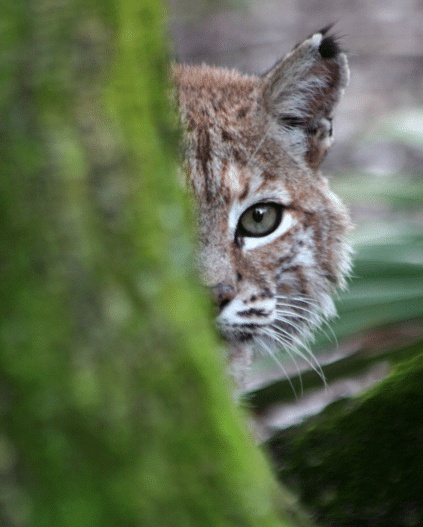 If you have a bobcat emergency in a state other than Florida, we can help you find a rehabber or will be a resource to wildlife rehabilitators who need help with bobcats, lynx or cougars. When you are searching for a bobcat rehabber ask the following questions:

1. Do they have experience with bobcats?

2. How big are their rehab enclosures? (Ours start at 1200 square feet and some are double that)

3. Do they feed a live diet of prey to insure that the cats will be able to hunt for themselves?

4. Do they keep people, including themselves to the extent possible, away from the bobcat so that they do not imprint on people and end up approaching humans after release?

Rehabbing and releasing bobcats is much more difficult that the rehabilitation of most wildlife. These magnificent little wildcats need every opportunity to fulfill their role in nature and Big Cat Rescue is here to give them that second chance.

No one is allowed to trap and relocate bobcats so anyone who tells you that they will do that is probably trapping them to use as bait for training dogs.

Rehab and Release Projects in Other Parts of the World

The following presentation was created and presented by Joanna Atkin, a Level 5 intern at Big Cat Rescue.

Big Cat Rescue funds many projects in the wild to protect wild cats.  A big part of our criteria is to choose only those organizations who are doing good, and NOT causing more big cat abuse by posing with them as if they were pets.

You can find out more about these projects at https://bigcatrescue.org/insitu/